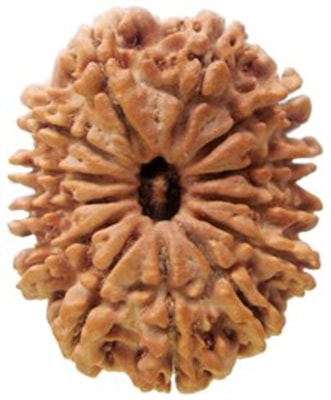 Rudraksha are highly prized religious ornaments which are used as highly important beads in the Hindu crica. If you are a Hindu or a non-Hindu living close to a tightly knitted hindu community chances are you already know what a Rudraksha looks like. These seeds from Elaeocarpus ganitrus fruit are not some normal seeds and are a highly prized religious beads which carry strong religious attachment to any sect follower in Hinduism. The original ek mukhi rudraksha is the highly prized Rudraksha bead out of the 1-21 mukhi rudraksha occurring in the nature. Let’s know more about the various rudraksha, its mukhis and features before knowing more about 1 mukhi round rudraksha price.

The legends and religious hindu text state Rudraksha is the tear or aksha of the mighty Hindu lord Rudra (often known as shiva, kailshapati and so on). The lore state rudraksha beads came to being when Lord shiva’s Third eye or destruction eye shade tear at the time period of destruction. While most confine to this lore about the god, some other sect claim Rudraksha to be the eye of god because aksha means eye rather than the tear.

How is the mukhi defined and what do they mean?

The mukh or face of the Rudraksha is what defines the mukhi of the Rudraksha. The number of face created by partitioning line or the groves on Rudraksha makes it one mukhi, two mukhi, three mukhi ans so on. The rudraksha with only one grove makes it one mukhi rudraksha, if it has two groves running from top to bottom then it is a two mukhi Rudraksha. The Rudrakhsa is mainly used by shiva sects of follower but there is no restriction for other sect to pray with the beads of these mystical religious seed regardless of the god a Hindu follows. The lord Shiva can be sent prayers through use of any number of mukhis but specific mukhis are allocated for other gods in the Hindu pantheon. The number of mukhis associated to various gods are listed below.

Be safe from the fakes in the market

The price of Rudraksha is often defined on their rarity and the 5 mukhi and 6 mukhi which are generally found in huge numbers inside the fruit of trees is often cheaper than one mukhi Rudraksha and other high number mukhis. This has resulted in a large number of Rudraskha like round one mukhis and other being faked in huge number of amounts and often sold in at a higher price. The moonshaped one mukhi is the common of the one mukhi Rudraksha and not as rare as the one round mukhi yet they are sold at staggering high price. Only 1 mukhi round rudraksha price is high and one should never pay higher for other naturally occurring rudraksha than it. Anything else you find for extremely high price are often fake and you should do away from it. Follow the guide below to find out original ek mukhi rudraksha.